Heron: The Quiet Romantic to the Strongly Dramatic 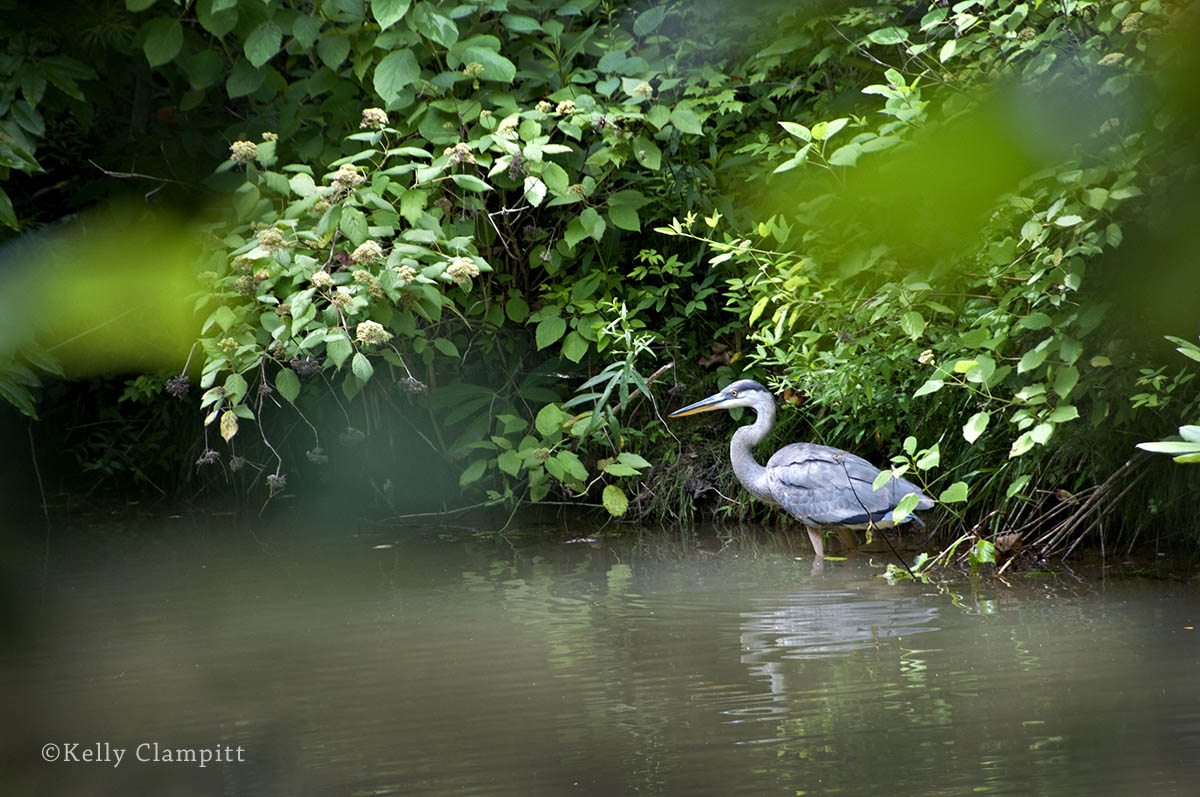 Kelly is the new owner of a home surrounded by acres of land and, as a bonus, two small ponds: new photographic opportunities just steps out the front door. She quickly took advantage of this fact as these two images show. The first is almost otherworldly as it portrays nature at its most placid. The lighting is ideal with a softness appropriate to the scene and a composition that emphasizes the heron and it’s surroundings (think Rule of Thirds). The background frames the bird perfectly and the diffuse foreground foliage adds a depth to the image which is most pleasing. Even our fans of B&W would have to agree that the colors are a strong component in this particular image.

The image below is a dramatic change as the heron takes flight, panned by Kelly as it departs the frame in a profusion of color. Kelly snapped the shutter with no time to spare. Very pleasing effect as the heron exits the frame. 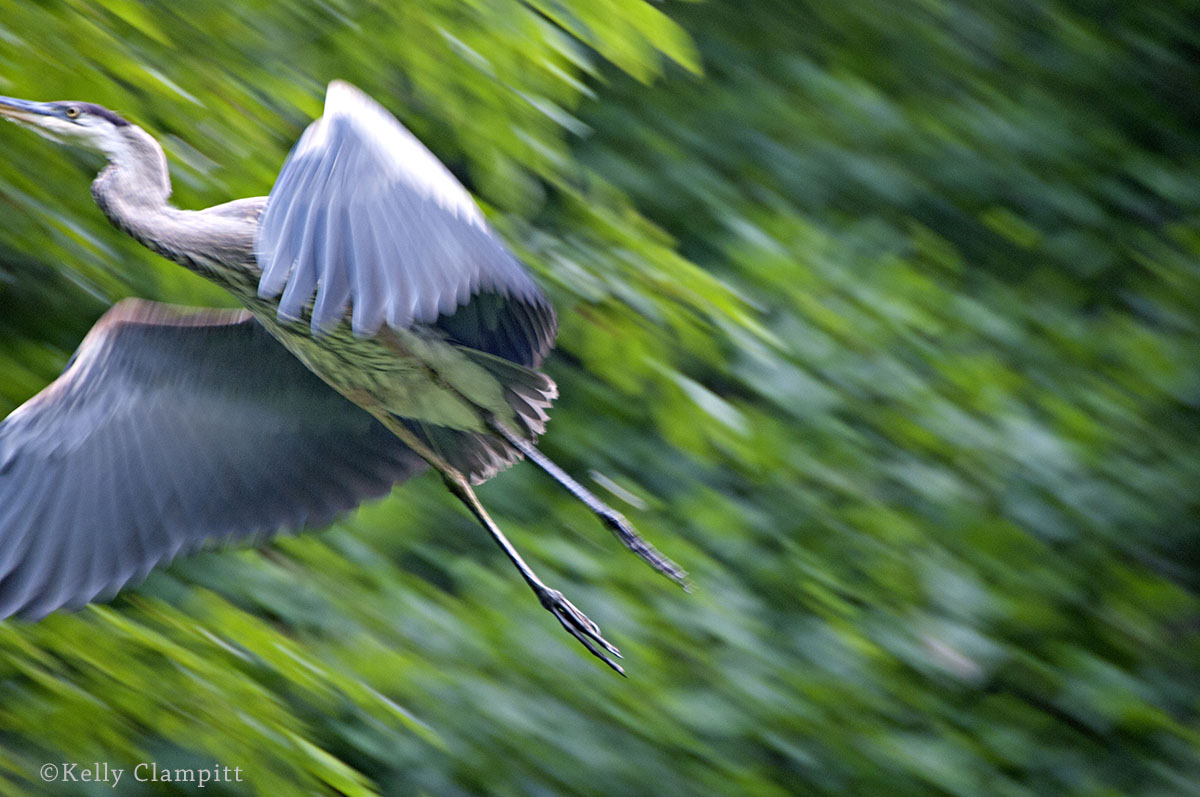 Pickin’ and Fiddlin’ at Phipps Store 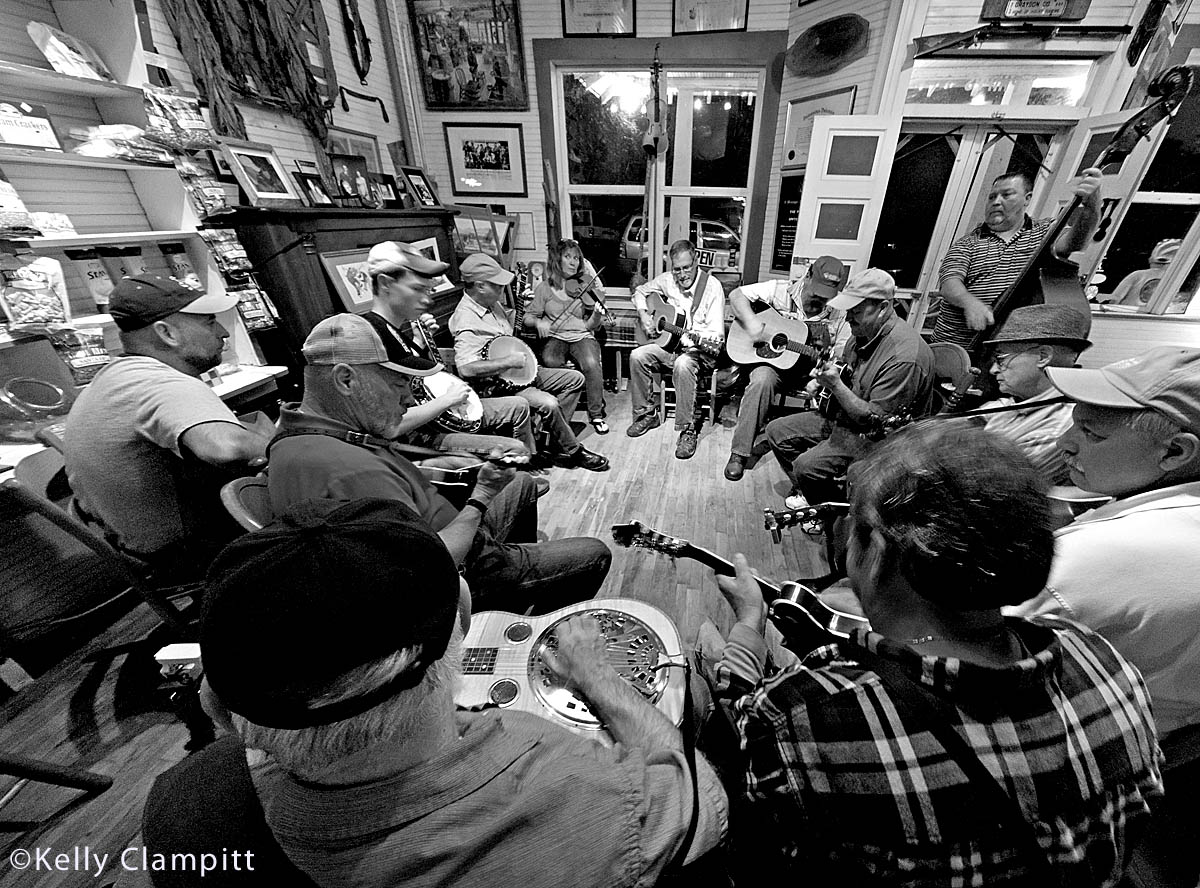 The images above and below are just two great examples of the work by Kelly, one of four ACC members, who recently participated in the “Lansing Project”, an attempt to capture the everyday life of area residents. A total of 36 large black and white images will be displayed at the old Lansing School during June with the proceeds to benefit the Greater Lansing Area Development program.
Instead of sticking with the tried and true approach, Kelly elected to move to the edge with a focal length of only 10mm for some extreme wide angle shots. As in most cases, these images show considerable distortion which, with the right subject matter, only adds to the interest. If you listen carefully, you can hear the mountain music in Phipps Store.
The photo below depicts James “Dawg” Wood, who volunteered to be a subject for the project, with two of his prized rare Crockett Plott hounds whose origins in North Carolina date back to the mid 1700’s. The setting, the signs and the two hounds tell the story of, as Kelly says, ” A vastly talented and unassuming man except when bowing his fiddle, Dawg thought it quite odd that he should be the subject of any documentary. He much prefers to be in the background, so I had challenges getting him “in” some of the shots. My experience working with Dawg gave me a deeper appreciation for the people and bounty of these mountains I now call home.” Quite a statement from an Oklahoma girl by way of California.