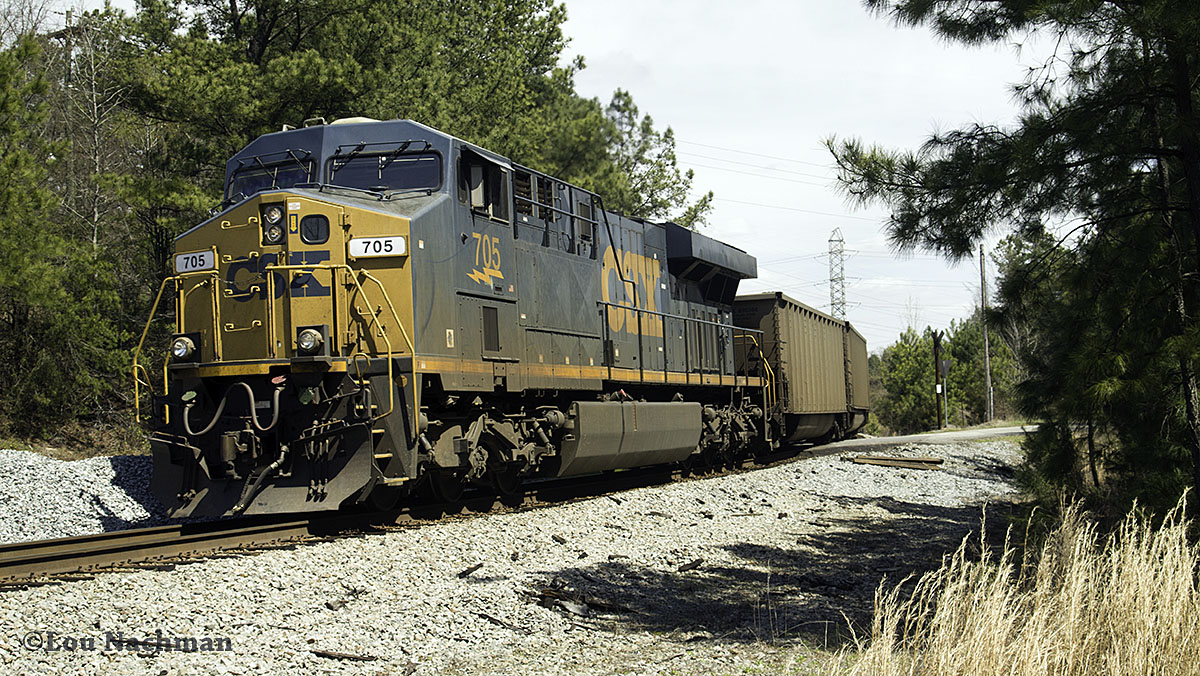 A site you won’t see in the High Country but common in Gaston County – a powerful diesel engine delivering coal to Duke Energy’s 1929 Riverbend Steam Station on the Catawba River. This image is similar in style to the many watercolor paintings created by Howard Fogg in the late 1940’s, ’50 s and early 60’s. Fogg would probably be classified as a photorealistic painter.
Going against the grain of the many Nikon and Canon lovers, Lou is a dedicated user of Pentax. “We Pentaxians are dangerous, fly under the radar, and shoot manually,” says Lou. The ACC has at least one other Pentax owner – Phyllis Baynes. The above well framed image was taken on March 26, 2013 with the following settings:
Focal Length: 25mm
Lens: smc Pentax-F 35/70mm f3.5-4.5
1/500 sec @ f/9
ISO – 400